Aptify offered a suite of membership and event management solutions designed to help mid- to large member-based organizations establish, improve and maintain lasting member relationships. The company’s proven technology platform protects organizations from unnecessary expense as they customize operational processes to increase member value and respond to changing market conditions. They asked HiveMind to reposition the company and design a new website that would appeal to the needs of key target audiences.

After conducting competitive research on messaging and positioning, including customer interviews, HiveMind understood that the solution was not similar to off-the-shelf software. In fact, customization of the solution was planned and budgeted for each year by various large associations. HiveMind decided that emphasizing the RAD technology platform supporting the software deserved more attention.

We decided that the new positioning could be made more memorable if distilled into a new tagline:

Aptify’s redesigned website featured this new approach and emphasized its benefits to all audiences. Traffic and lead generation grew exponentially as the message expanded across multiple channels. 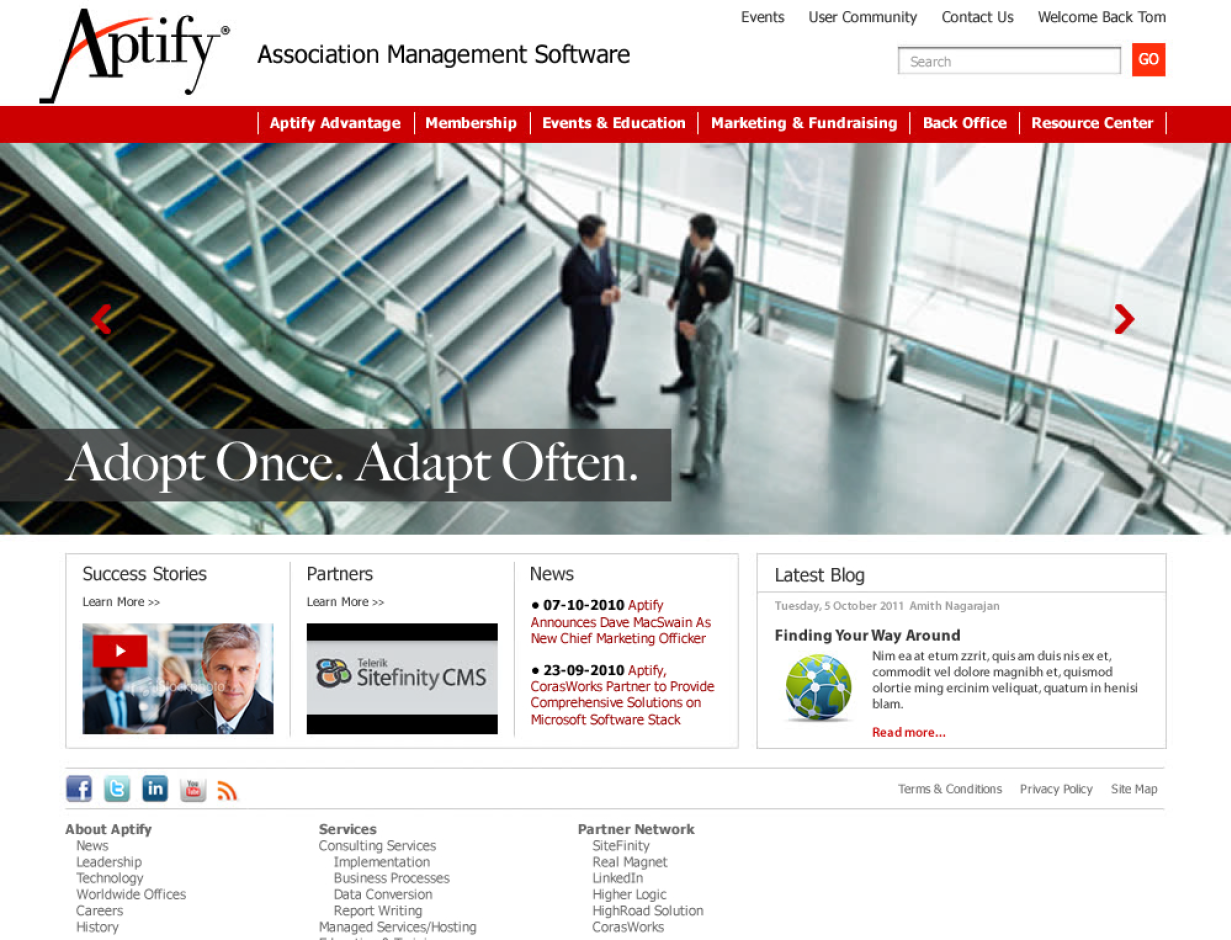 Talk with a HiveMind strategist. It’s easy to start a project today!

Based in San Jose and Silicon Valley, HiveMind Studios is a creative marketing agency that specializes in branding, advertising, inbound marketing, digital services, and creative concepts for companies around the world. Call 408-266-3162 or send email to [email protected]